Street Museum is a new interactive sightseeing service developed and provided by Toppan Printing. It uses VR technology to enable viewers to seemingly travel in time and freely explore locations as they were in the past or as they might be in the future. Centered on CG and VR technologies developed by Toppan Printing over the years, a one-stop solution is provided from content planning and creation to distribution and the development of viewing applications.

Japanese Village in Ayutthaya symbolic of the links between Thailand and Japan recreated in virtual reality as part of Thai-Japanese Association’s Japanese Village Restoration Project by Virtual Reality. 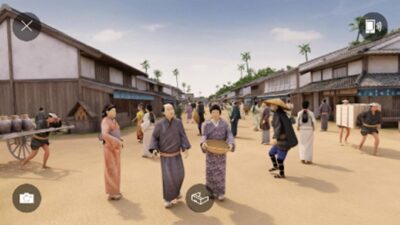 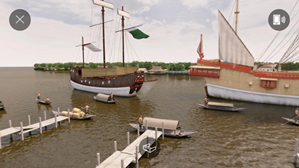 The VR content produced is the first piece of content based on a historical site outside Japan viewable on Street Museum, an interactive VR sightseeing app from Toppan Printing that makes use of the Global Positioning System (GPS). 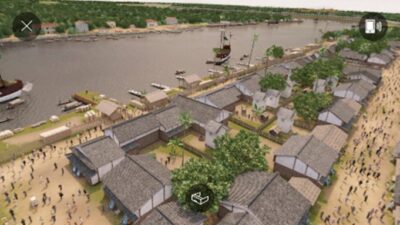 The use of GPS enables a 360-degree panoramic virtual reality view of scenery of the Japanese Village to be displayed on a smartphone or tablet at the site itself. Visitors can compare the ruins of the village at the site today with the reconstruction of how it is assumed to have looked in the past and learn more about the site via an audio guide. To enable as many people as possible to enjoy the content, it is available in Japanese, English, and Thai. Paper-based VRscope® viewers developed by Toppan Printing are also available as souvenirs to enable people to enjoy what they have seen at the actual site even after they have returned home.